“I work from the perspective that each of us is capable of a lot more aliveness, imagination and being.  My intention ts to contribute to people who are already on that path and hungry for more.”

Robert Bystrom, the author of Communicating for Life and the Seven Dimensions of Communicating coursework and the developer of the Theory of Question Driven Thinking™ was a successful personal coach in the San Francisco Bay Area prior to his third divorce years ago. People sought him out for advice and direction, but in his own life, he had hit a wall. 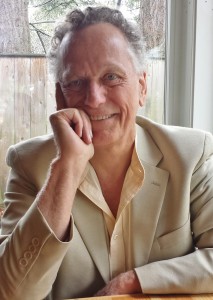 “I had taken the courses and read the books, taught courses and had a dedicated following.  But I didn’t know for myself what I needed to know. There were some fundamental truths about personal relationships and communicating that had eluded me up until then.  Because the people close to me were crucial to everything I did in life, I dedicated myself to uncovering whatever it would take to learn what I had been missing.

“My situation turned out to be our culture’s most crippling limitation, which is a common inability to connect easily and comfortably with the people around us. I found out it wasn’t just me.  It was all of us–lovers, business partners, friends.  Practically everyone I knew or had ever known or heard of or read about had their own version of difficult relationships.  I now call the condition ‘Communication Collapse Disorder,’ because it’s everywhere in our society.  It was even in the way I treated myself and in the way I judged and criticized myself as well!”

His dedication became the book, Communicating for Life, and the courses and consultations which trained hundreds of people in the essential skills of relating and communicating with the most important people in their lives. He views his work as helping people recover their birthright to the greatest treasures of human existence which lie in the opportunities presented every day in the form of family members, friends and colleagues.

Breakdowns in business and personal relationships cost money, time and aliveness; and he says that most breakdowns are entirely avoidable. “It became clear to me that most collapses in relationships are the result of 1.  people thinking they are something they are not and 2.  a lack of role models for how to talk through difficult situations.  Difficult situations invariably show up unannounced and unprepared for.  And they will show up.  How good are you at improvising and inventing solutions as you go along?”

“I am championing a global awakening of individuals which is now taking place, spontaneously, everywhere in the world.  More individuals are becoming aware of what it means to be alert to life and aware of larger, more inclusive perspectives.  Their predicament is that they possess phenomenal access to vast stores of information, but lack the basic skills for talking with each other in ways that bring out the brilliance and genius we are capable of individually and synergistically.”

Locally, Robert has consulted with managers and owners of The Chrysalis Inn, the Fairhaven Village Inn, Threshold Documents, Terra Organica, Alderwood Park Nursing Home, Organic Shelter Systems (Skagit Valley) and other small businesses along with the Whatcom County PUD.  He has facilitated numerous community action organizations for the purpose of drawing on the intelligence of the group to solve big problems.  He has served on the board of directors of the Honor Day Foundation and Animals as Natural Therapy.

An example of his work: A valley of land owners near Arlington, were faced with fragmentation by developers from Seattle who were negotiating with individuals to buy land cheaply.  There were about 12 land owners, some fourth generation, representing an entire valley of farms and ranches.  They shared a long history of disputes over water, access, land use and boundaries.

After repeated efforts and having no success at coming together on their own, they called on Robert to facilitate the formation of a land owners’ association in order to retain the value and pastoral beauty of their holdings and their heritage.  One evening, a collection of about 25 independent, protective land owners and spouses and next of kin came together in the Lutheran Church community room.  Using the Segue (a proprietary problem solving group process), Robert and his staff were able to facilitate them in creating a formidable organization which has maintained and improved the quality of life in that section of Whatcom County ever since.

“They told me later that the biggest win was that they made a whole bunch of new friends, and that they were all neighbors and they were talking to each other about important stuff and actually listening.”

In Scandinavia, he coached managers from Tetra Pak, Ericsson Telefon and Skanska Construction AB and addressed department heads from the Norwegian government.  A charter member of Coachville (now, ICF), he facilitated the formation of the Nordic Coaching Federation (now ICF, Norway).

In 1997, he co-produced the Women’s Global Voice, an international event for women to speak and be heard about their vision for the world, with activities in all 50 states, 26 languages and 126 countries and approximately 1 million participants, from Jakarta to Kosovo to Rio de Janeiro.

In addition to coaching, teaching and writing, Robert has been an award winning and internationally collected artist.  His media include wood carving, bronze sculpting, sumi-e brush and ink, kinetic sculpture and watercolors.